Mahidol Oxford Tropical Medical Research (MORU) as a Social Science Researcher under theDepartment of Bioethics and Engagement. In this position, she is working closely with Phaik Yeong Cheah and Khin Maung Lwin on the Tak Community Ethic Advisory Board (T-CAB), a board comprised of the representatives from the populations who are familiar with culture and traditions and will contribute ideas related to ethical issues in conducting research in their populations. Since the beginning of her career, Napat has always worked on the migrant and refugee field along the Thai- Myanmar border. In 2008, she joined the United Nations High Commissioner for Refugees (UNHCR) as an interpreter and assisted resettlement officers as well as immigration officers from resettlement countries such as, Canada, Australia, New Zealand, and Japan, in conducting interviews to refugees being considered for resettlement. From 2010, she was promoted to a Resettlement Assistant (case worker) and carried out interviews and counselling to vulnerable refugees. Napat is interested in medical assistance and services being provided to the migrant and border population as they lack access to proper medical care despite the continuous increase of these populations in recent years. 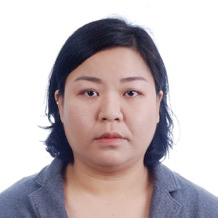