Associate Professor at Oxford University, based in Bangkok at the Mahidol Oxford Tropical Medicine Research Unit (MORU) or Thailand Major Overseas Programme and Head of the Department of Bioethics and Engagement. The department does empirical and conceptual research on ethical issues arising from conducting research and working with vulnerable populations. The department’s remit also includes developing and managing the programme’s community and public engagement work e.g. coordinating artist-inresidence programmes, science cafes, and supporting the long running Tak Province Community Ethics Advisory Board. Prior to this, Phaik Yeong was the head of MORU’s Clinical Trials Support Group, which is a group that helps researchers run clinical trials. Before moving to Bangkok, she worked in the Clinical Trials & Research Governance office at Oxford University. Phaik Yeong started working in clinical trials in 1998 when she coordinated a study on chronic prostatitis as part of her PhD work in Penang, Malaysia.

Social Scientist & Site Coordinator Social scientist under the Department of Bioethics and Engagement.

Mahidol Oxford Tropical Medical Research (MORU). Nattapat is working closely with Professor Phaik Yeong Cheah. She is a qualitative researcher by training and has been engaged in qualitative research since 2007 when she started her graduate studies in Gender and Development at Asian Institute of Technology and Anthropology and Sociology of Development at the Graduate Institute of International and Development Studies in Geneva respectively. Her key research interests are social determinants of health and well-being, community engagement in research, particularly community of people living with HIV/AIDS, gender-based violence, and bioethics in research on marginalized and underserved groups. Before joining MORU, Nattapat worked with the Planned Parenthood Association of Thailand to develop interventions and promote sexual and reproductive health and rights of people with diverse background including migrants, refugees, adolescents and people living with conflicts.

Rachel is from the UK, and has been working in Chiang Rai, Thailand with Mahidol Oxford Tropical Medicine Research Unit (MORU) since 2015. Rachel has an interest in community and tropical medicine. She has completed a Diploma in Tropical Medicine and Hygiene from The Liverpool School of Tropical Medicine and has worked in The Gambia and Uganda. Current research involves ‘The impact of Creactive protein testing on antibiotic prescription in febrile patients attending primary care in low-resource settings’ and ‘The risk factors and outcomes of community-acquired Acinetobacter bacteraemia in Thailand’.

Social Science Researcher & Coordinator – Mae Sot
Mahidol Oxford Tropical Medical Research (MORU) as a Social Science Researcher under theDepartment of Bioethics and Engagement. In this position, she is working closely with Phaik Yeong Cheah and Khin Maung Lwin on the Tak Community Ethic Advisory Board (T-CAB), a board comprised of the representatives from the populations who are familiar with culture and traditions and will contribute ideas related to ethical issues in conducting research in their populations. Since the beginning of her career, Napat has always worked on the migrant and refugee field along the Thai- Myanmar border. In 2008, she joined the United Nations High Commissioner for Refugees (UNHCR) as an interpreter and assisted resettlement officers as well as immigration officers from resettlement countries such as, Canada, Australia, New Zealand, and Japan, in conducting interviews to refugees being considered for resettlement. From 2010, she was promoted to a Resettlement Assistant (case worker) and carried out interviews and counselling to vulnerable refugees. Napat is interested in medical assistance and services being provided to the migrant and border population as they lack access to proper medical care despite the continuous increase of these populations in recent years.
Napat@shoklo-unit.com

Shoklo Malaria Research Unit (SMRU) based in Maesot, Tak Province Thailand. She holds a position as communication personnel. She takes part in active supporting role for the scale up Malaria Elimination Task Force program (METF). She also acts as fixer and official photographer of SMRU activities, and coordinates with MROU media official for MORU-newsletter. Suphak worked at SMRU for nine years in Data-entry, office-clerk and bookkeeping before moving in Chiangmai for 18 years. She was involved with volunteer activities for PTA (Parents-Teacher Association) of her children’s school also study to graduate in Education as English teacher (Bachelor degree). She taught in a rural school in a suburb of Chiangmai, where the majority of the students were migrants from Myanmar. She came back to Maesot in 2013 to join SMRU again as one of the CE senior-staff for Targeted Malaria Elimination (TME) project to engage with villagers and encourage them to participate to the program, including mass drug administration campaigns. 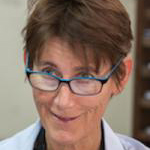 Collaborating Principal Investigator (PI) of Case Study – Mae Sot
Rose has been based in Maesot since June 1994, heading the Maternal and Child Health (MCH) Department. She has been a Professor of Tropical Maternal and Child Health (Oxford University) since 2014. Rose is a Fellow of the Higher Education Academy (UK) since 2008, and Educational Consultant to the Bangkok School of Tropical Medicine since 2013. She works on the treatment and epidemiology of uncomplicated malaria in pregnancy. Pregnant women are particularly vulnerable as pregnancy reduces the immunity to malaria, increasing the susceptibility to malaria infection and the risk of illness, severe anaemia and death. For the unborn child, maternal malaria increases the risk of spontaneous abortion, stillbirth, premature delivery and low birth weight - a leading cause of child mortality.
Rose@shoklo-unit.com

Collaborating Principal Investigator (PI) of Case Study – Chiang Rai
Yoel Lubell is the head of the Economics and Translational Research Group in the Mahidol Oxford Tropical Medicine Research Unit in Bangkok, Thailand. The group builds on a range of expertise and backgrounds of its members, including health economics, clinical practice, and qualitative research, and focuses primarily on the evaluation of diagnostics, treatments and vaccines for infectious diseases from an economic perspective and in terms of their impact in real-life settings. The Group primarily works on health technology evaluations in real-life settings. Group members explore the cost-effectiveness of new interventions and their clinical, social and ethical implications, in close collaboration with relevant MORU departments and units, with the aim of bridging the gap between cutting edge health research and health policy and reduce the lead-in time between scientific results and implementation. The recent establishment of a sub-unit within the Department of Medical Research (DMR) in Yangon, for example, facilitated the interaction between our health economics and modelling work and led to outputs being directly provided to the DMR and the Myanmar national malaria control programme. One of the group’s current main focuses is evaluating biomarker tests for use in remote rural tropical settings. Building on recent laboratory based retrospective studies and field evaluation of CRP rapid tests, this will result in a randomized control trial for CRP guided treatment of febrile patients in primary care. Besides its own research, ETRG also supports health economic studies and early career researchers across the Major Overseas Programme Centres in Southeast Asia.